Valencia brings the Year of Berlanga to a dramatic close

2021 has witnessed an unprecedented commemoration for the Valencian film director and screenwriter, Luis García Berlanga. This event-packed tribute has been organised to celebrate the centenary of his birth (12 June 1921– 13 November 2010).

Berlanga was known for his short films and feature films, but also for the number of awards and distinctions he received throughout his career, both in Spain and abroad. The extensive list includes an award for ‘Best Director’ at the Goya Awards for ‘Everyone Off to Jail‘. He also took 2 awards at Cannes (one for ‘Best Comedy’, and another for ‘Special mention for screenplay’) in ‘Welcome Mr. Marshall!’.

For a man who has left such an incredible legacy in the world of cinema, these celebrations of his achievements will surely continue to be repeated over time.

For this reason, in Valencia, the birthplace of the great filmmaker, it was decided to celebrate his centenary through a range of events including short story contests, performances with the best local musicians, art exhibitions such as ‘Berlangian’, other visual art exhibitions, theatre performances, conferences, guided tours of Valencian cinema, and endless events that celebrate the life of García Berlanga. 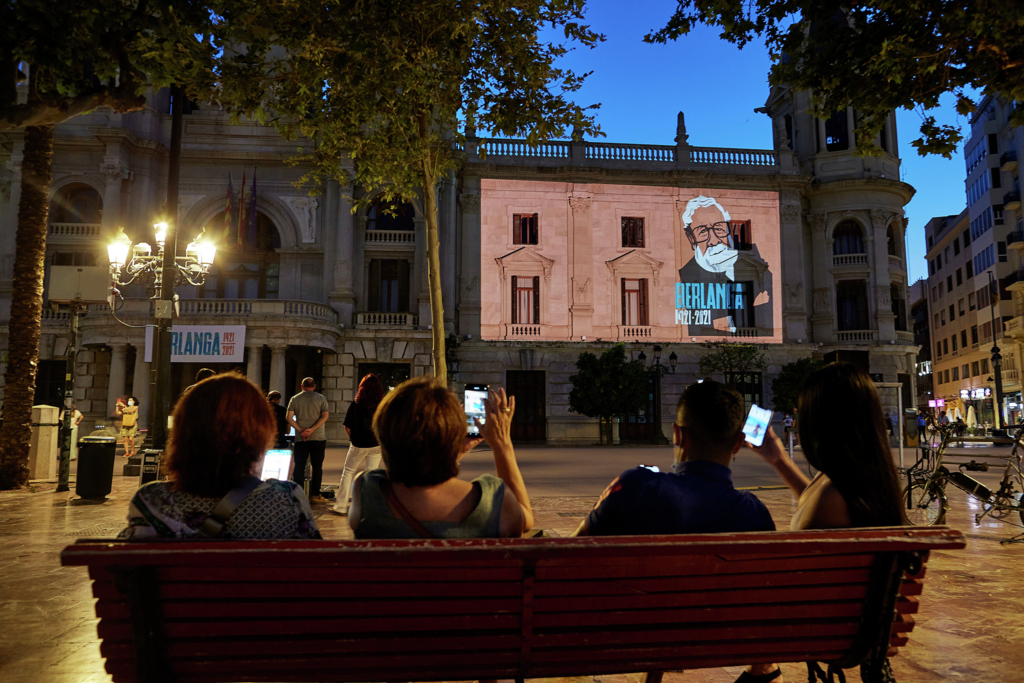 His time in cinema has left such a mark that the Royal Academy of Spanish Language has recognised the adjective ‘Berlangian’ to describe a ‘characteristic feature’ of his audio-visual work. Berlanga touched Spain, and much of the world, with humour in the face of adversity. A master of satire and the irony of social problems, and the pride of the city of Valencia.

It was only fitting to bring this year to a close with a grand finale, the celebration of the Goya awards, which will be presented in Valencia, the city that gave birth to the artist.

The XXXVI edition of the Goya awards will take place on February 12, 22, at the Palau de les Arts Reina Sofía, a perfect setting to culminate an emblematic year in the world of arts in the city. The ceremony will include a great tribute to the filmmaker, while all preventive guidelines will be respected with regards to the pandemic, as well as capacity control.

Among the 28 categories of the Goya awards, the 3 main favourites are The Good Boss, a film by Fernando León de Aranoa, which is nominated for 20 different categories, making it the film with the most nominations in the history of the Goya Awards. Other favourites include: Maixabel by Icíar Bollaín, Parallel Mothers by Pedro Almodóvar, Libertad, and Mediterraneo.

As a ceremony that celebrates the professional achievements of Spanish and international cinema, the importance of these awards is unquestionable. In addition, this very special edition will feature more than one presenter, many of whom have been chosen for their relationships with Berlanga, cementing the theme of this year’s awards as a tribute to the work of the great filmmaker.

We cannot imagine a better occasion to visit Valencia than during the celebration of the most important award ceremony in Spanish cinema. This is the ideal opportunity to enjoy a unique experience, and the city also offers many unique attractions not to be missed.

In summary, a range of activities are on offer for you to enjoy and get closer to the seventh art, the nominated films and the Goya award. You can find out all the details here

We are waiting to welcome you on your cinema-inspired trip!

A day of fishing