Visiting the workshops of the valencian artisans

In Valencia, we have unique plans to enjoy handicrafts from the inside. Let’s dive into the workshops of the Valencian artists. 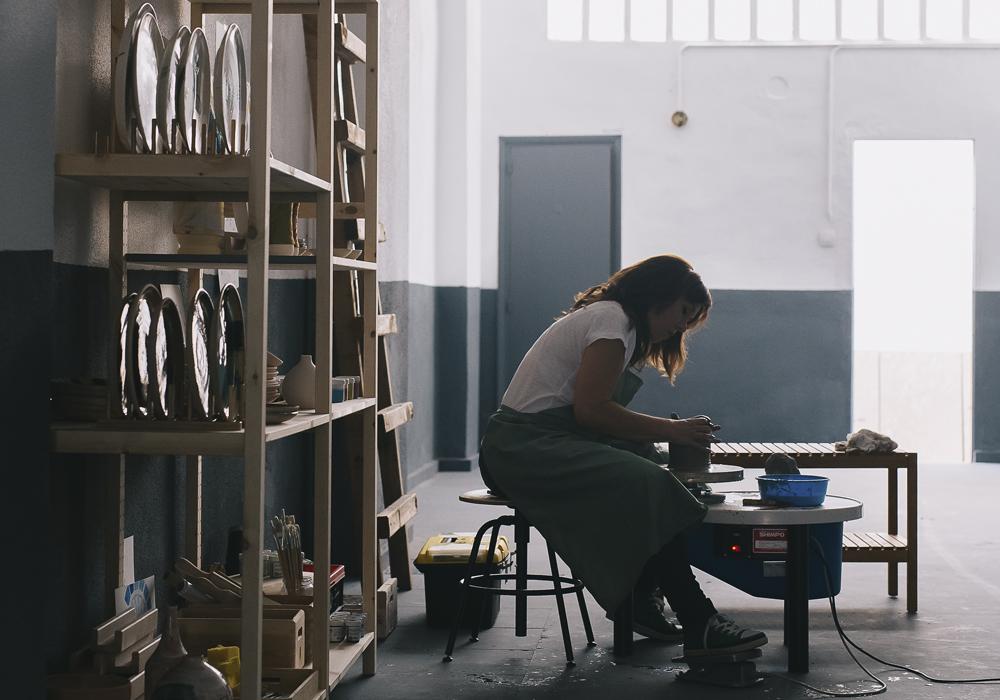 The craft tradition of this region has gained international fame for various reasons, but what has undoubtedly made it famous throughout the world is the Fallas celebration, or rather the Fallas monuments. For those who have never visited our city during these celebrations, it is shocking to see these great figures in the squares of the different districts of the city, knowing that they will be burnt only a few days later. Well, if it’s any consolation, we don’t burn absolutely all of them: some figures are saved every year, which the Falla or her Fallera will keep as a memory. 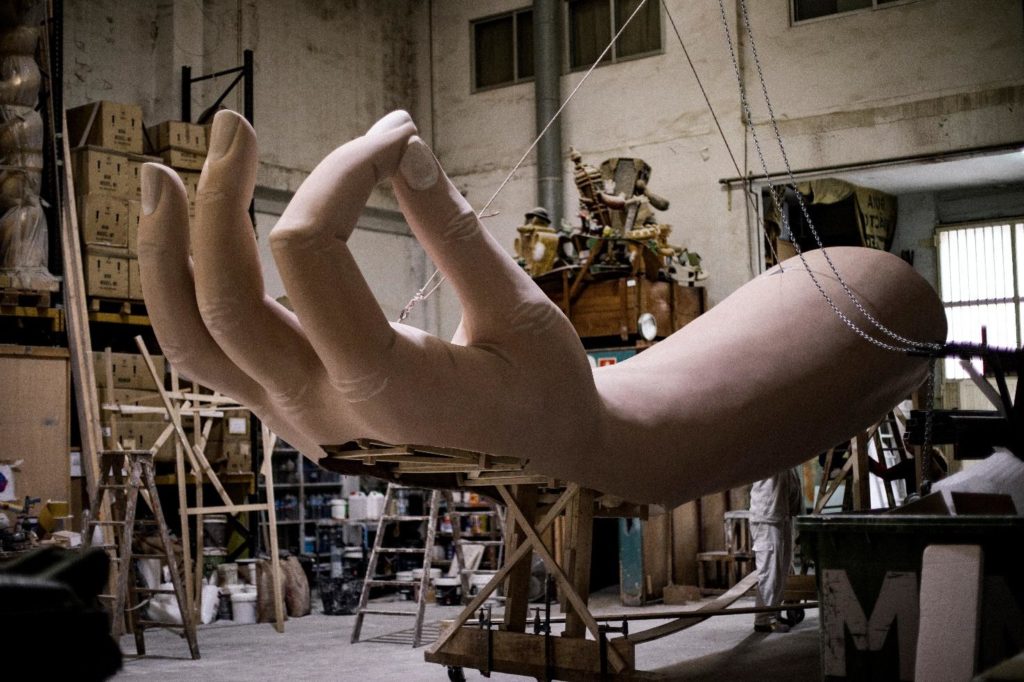 If you would like to have the opportunity to see the previous life of a Falla in the months when it has not yet come to light, you can do so by visiting the workshop of a Falla artist. Normally these are not open to the public, but we are lucky enough that the Es. Cultura team organizes guided tours to the Fallas City, which even includes a workshop for children, so that you can feel the magic of Valencia’s most international festival from the “backstage”.

In recent years, this craft process has even attracted artists from other disciplines. The Falla monument, which is erected in the Town Hall Square, where de Mascletás are burned every day, has been signed by internationally renowned Spanish artists such as Okuda, PichiAvo or Escif. The latter did not see his Falla fully planted, as we say in the Fallas terminology, because the COVID-19 quarantine in Spain began at the exact time when the Fallas were due to take place in 2020; they therefore had to be postponed until 2021. 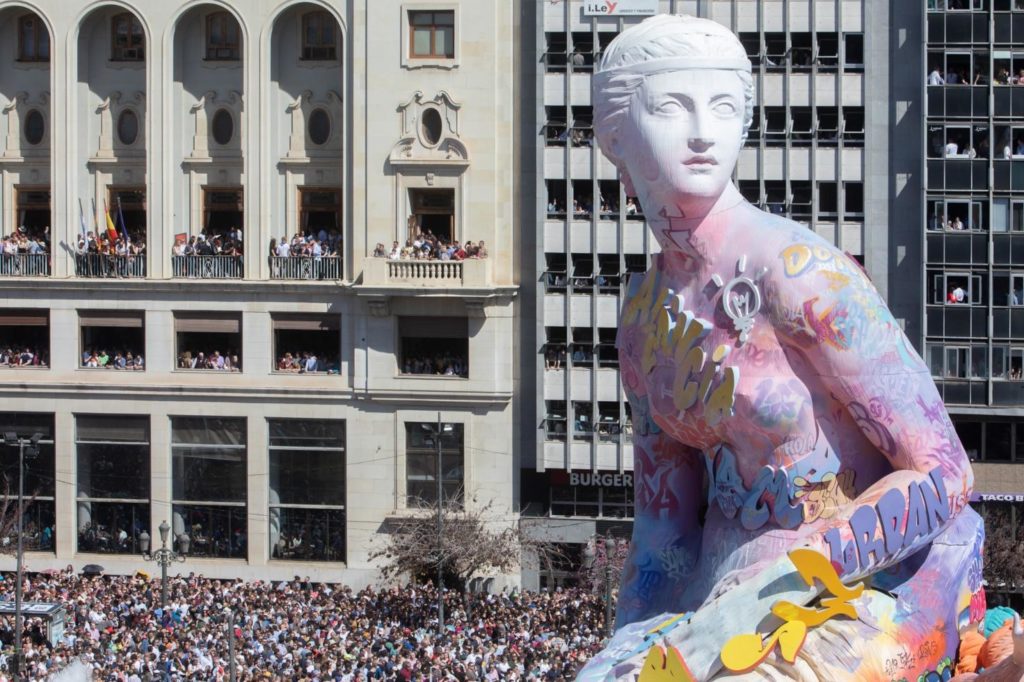 Among all those associated with Valencia’s craft tradition, there is one that stands out because it has travelled as far around the world as the fame of the Fallas celebrations: Lladró. This unique brand was born in 1953 and since then has gradually become an international icon of handmade porcelain figurines. The only Lladró factory in the world is still located near Valencia, in Tavernes Blanques, right next to the provincial capital town.

The workshop, initiated by the Lladró brothers, has developed into a factory that retains its artisan processes and which you can visit by appointment, as it contains a museum open to the public within this large complex.

Another branch of handicrafts that has undoubtedly regained popularity in Valencia in recent years is ceramics. In its time, the province of Valencia produced and exported many ceramics, especially from Manises, the historical cradle of this craft discipline in the region, but today the art of ceramics is recovering in different workshops scattered throughout the different districts of the city of Valencia, such as that of Ana Illueca, one of the greatest artists of this discipline. In her workshop near the Avenida del Puerto and Marina de València, workshops are held to encourage your creativity in this medium. Her creations, adapted to current tastes, could be found in any of the fashionable restaurants in Valencia. In fact, this local artisan designed exclusive tableware for a menu at La Salita, the Michelin-starred restaurant of Begoña Rodrigo 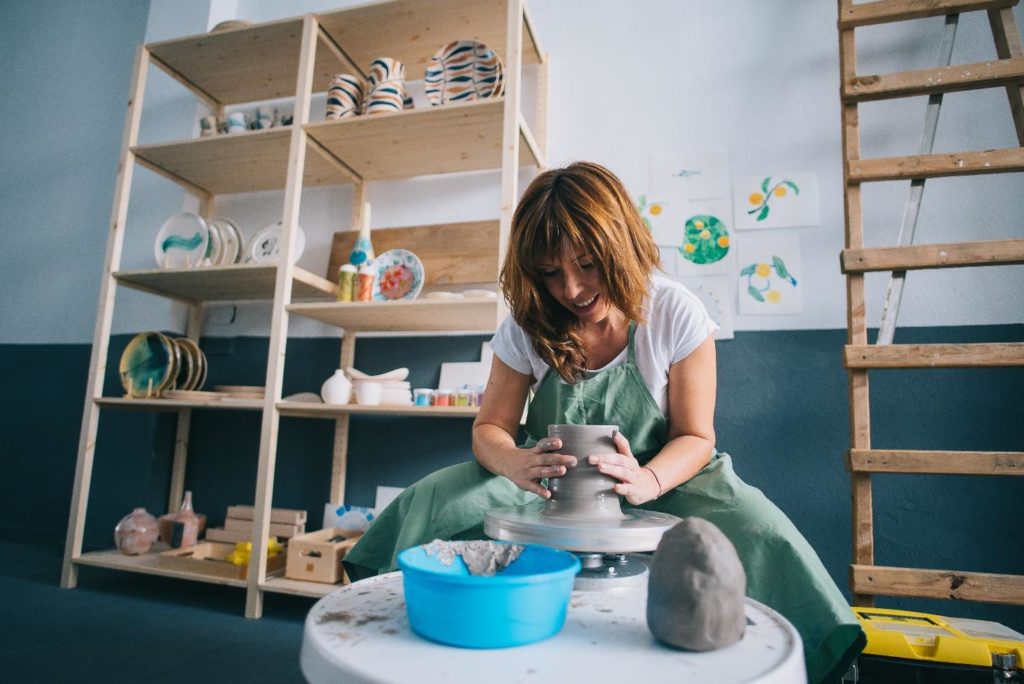 Did you get the urge to tie on the apron and get down to business? Well, don’t hesitate any longer; each of these unique plans will help you to get to know our culture much better, with an immersive experience you will never forget.

A day of fishing