Restaurants with a truly unique design

For all those who would like to enjoy a good meal or a stay with the five senses.

Today, the range of restaurants and hotels in Valencia is endless. In order to stand out from the crowd, they need to offer more than just good service: an environment that captivates and will be remembered. Here are a few good examples where you will certainly make a second reservation.

As if it had been built among the ruins of the historic centre of Valencia, we find the Sucede Restaurant on the ground floor of the Hotel Caro, where you can not only taste but also contemplate the history of the capital town of the Turia River. Chef Miguel Ángel Mayor uses avant-garde methods to explore the heritage of the great civilizations that have passed through our city, and the immersion in the foundations of history becomes complete and tangible when you dine in this room designed by the architect Francesc Rifé, surrounded by Arabic walls and Gothic arches. We will not go into the details of the interior design of this restaurant, because in this homage to Valencia’s history, it is the content of the Michelin-starred dishes that counts. You will particularly enjoy the dimly lit rooms that create intimate moments. 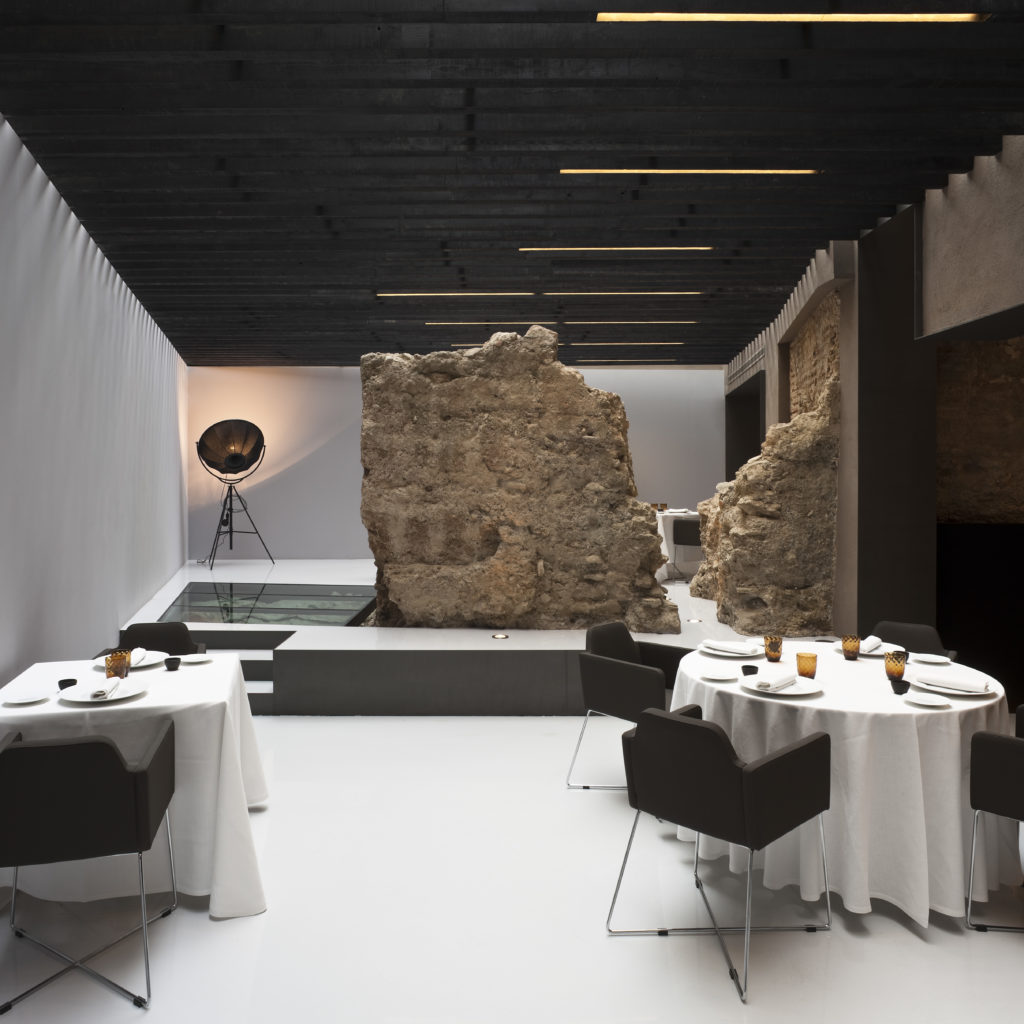 One of the latest great successes for local gourmets. To understand its charm, you need to know its history. A “Trinquet” is a sports hall where the “pilota valenciana”, the traditional Valencian sport par excellence, is played. In the Trinquets, the bar is a very important spot, because it is here that the fans meet before and after each match. The Gastro Trinquet de Pelayo is one of these bars, which has been converted by the interior designer Carlos Serra of the Mercader de Indias company to welcome all types of public. Pelayo’s cuisine follows the same philosophy, combining Valencian classics with dishes that have only recently appeared on Valencian menus The restaurant has become one of the most popular in Instagram because it preserves the typical elements of the “pilota valenciana”, in a warm room that contrasts with the usual white of the trinquets. Don’t forget to look out if there is a game in Pelayo’s mythical Trinquet!. 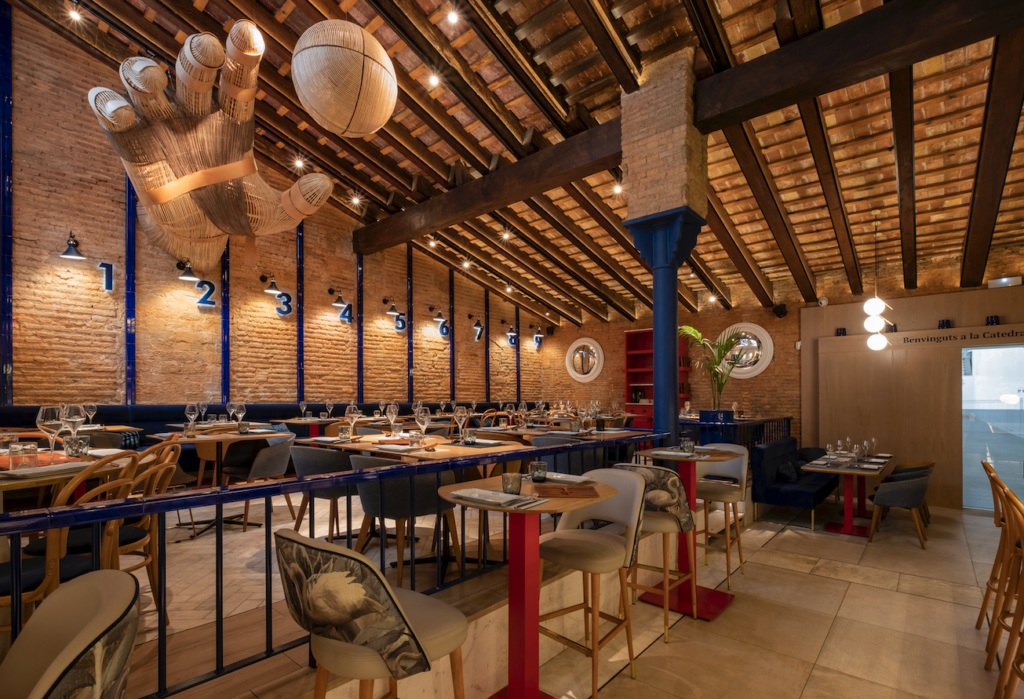 If we are talking about Valencia we can’t help but approach one of the best sea views in the city. La Sucursal occupies part of the penthouse of the Veles e Vents building, the architectural work of David Chipperfield who presides over La Marina de València as an icon of the most hedonistic face of the entire port. The moving minimalism of the exterior of Veles e Vents fits perfectly with the harmony you will find in every dish at La Sucursal. This restaurant was considered the best in Spain by the Gourmets magazine in 2019, so your senses will be activated in two ways, debating between closing your eyes to concentrate on the taste or keeping them open to enjoy privileged views. 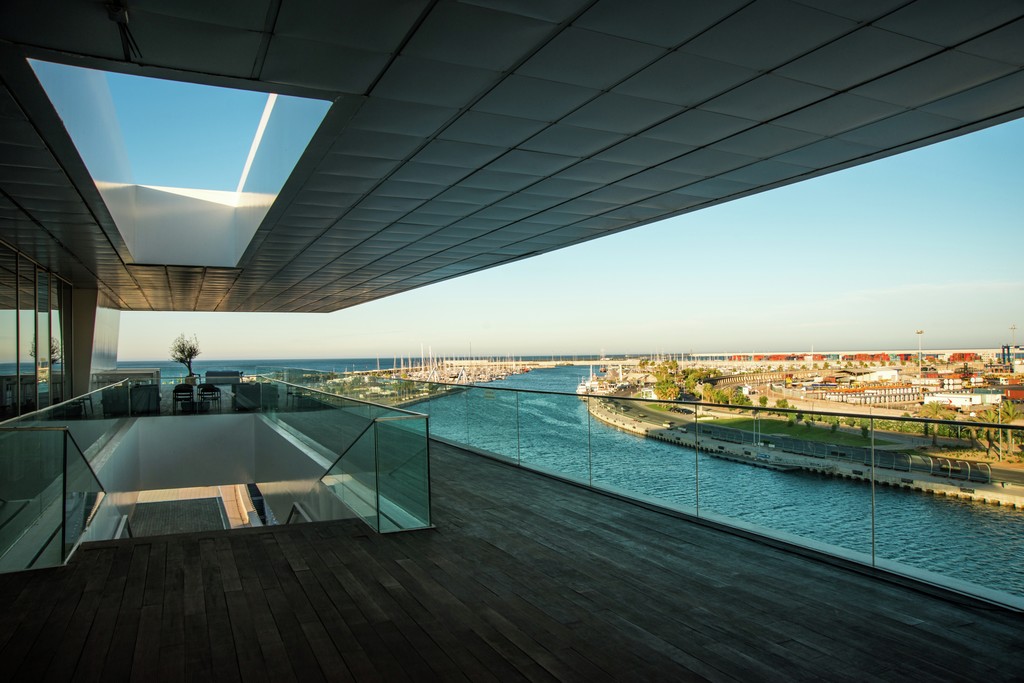 Camarena is one of the names that have defined the new flavours of “unique”, the most unique restaurant in Valencia. Unexpectedly, Ricard decided to move his star restaurant (and this is no empty phrase: he has accumulated two Michelin stars) to one of the new Valencia´s cultural centres: Bombas Gens. The restaurant is located in this old hydraulic pump factory in the Marxalenes district, an area outside the usual tourist circles, but very close to the IVAM. The interior of the restaurant, also designed by Francesc Rifé, is in the same earthy tones as the entire cultural centre, but adds dark wood combined with black details. In this way, the room has a refined atmosphere, but without quirks, like Ricard Camarena’s cuisine itself 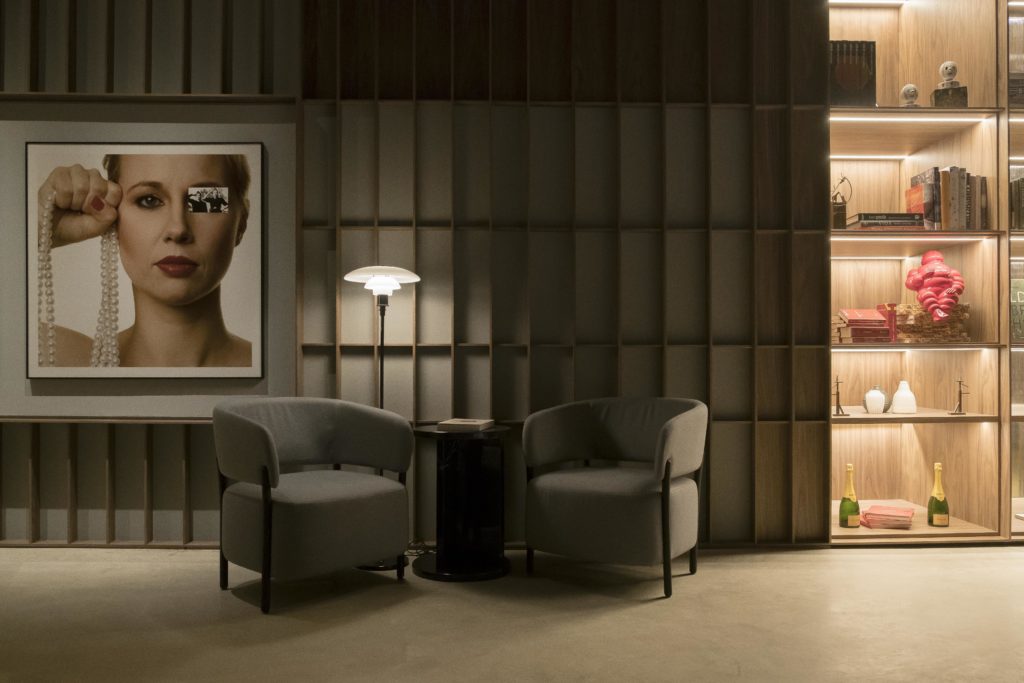 If you still have an appetite for more “unique” design, don’t forget the Balandret Hotel-Restaurant on Las Arenas beach in Valencia, a project by interior designer Carlos Serra of Mercader de Indias or RIFF, another restaurant with Michelin stars designed by interior designer Andrés Alfaro Hofmann, and the underwater restaurant of the Oceanogràfic de València, where you can enjoy a delicious meal with the feeling of being in the sea. 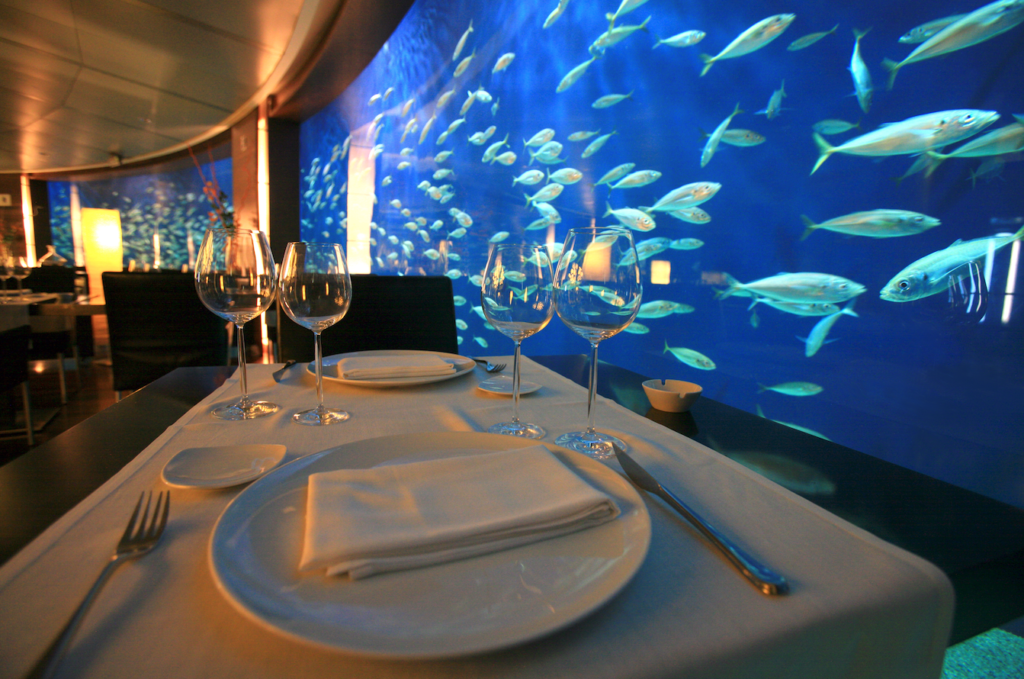 Discover all our restaurants under: