All about Escif’s rotating Falla for City Hall Square

Fallas 2020 Postponed: The Valencian Regional Government, following the instruction of the Ministry of Health, has agreed to postpone the celebration of the Fallas.

A slowly spinning Falla about an empowered woman who will look at the mascletà (fireworks) every day.

The City Council Square from Valencia will showcase the work of two renowned Fallas artists –Manolo Martín and José Ramón Espuig– and the Valencian artist Escif. The work will not leave anyone indifferent due to its originality and subject matter.

A giant empowered woman, solid and in a meditative posture. Majestic as a mountain. The calm and serenity that is presented before our eyes will surprise us when we least expect it. A mechanism at the base of the monument allows it to rotate, reproducing the time interval of the Earth’s rotation: 360 degrees in 24 hours.
The wooden fault will be completed with a lot of satire and ninots spread all over the square, which means that the rest of the scenes will have to be found. What a thrill!

‘Açò també passarà’ (That will also happen) is the motto of the 2020 City Council Falla and refers to the Law of Impermanence with which we are made to reflect on the acceptance of the ephemeral nature of the Fallas. Meditation trains us to accept that everything begins and ends, everything comes and goes. The Fallas Festival and life. 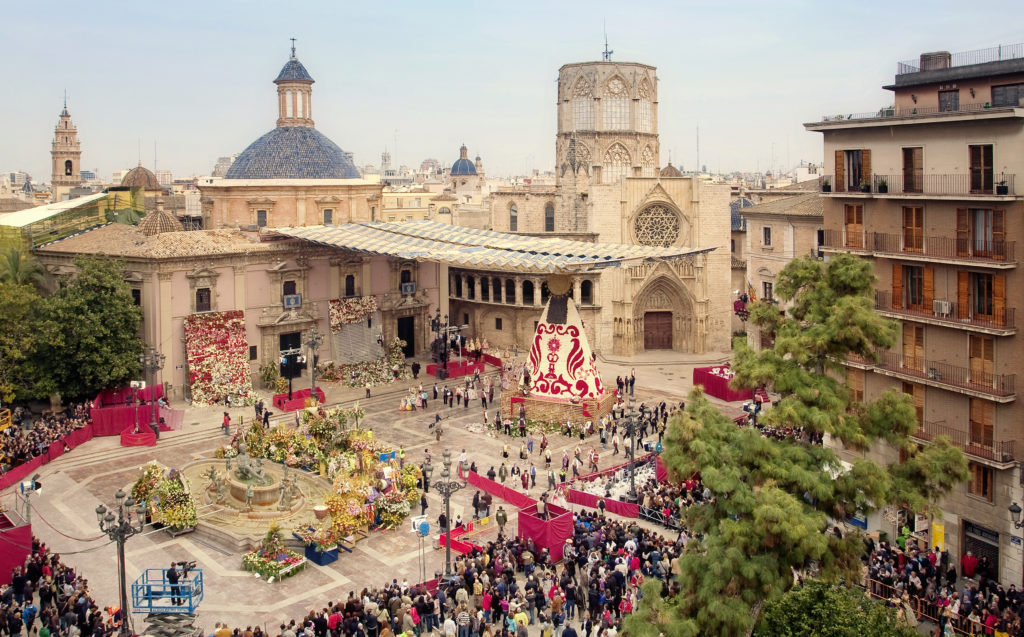 The work, which can be seen after the Plantà (final building up) on 16 March, is made with sustainable materials, one of the aspects valued by the jury when it comes to choosing which artists are in charge of this great project each year, together with the transmission of values, rotundity, satire and innovative integration.
We encourage you to enjoy it because, as its creators say, as it has come it will go. 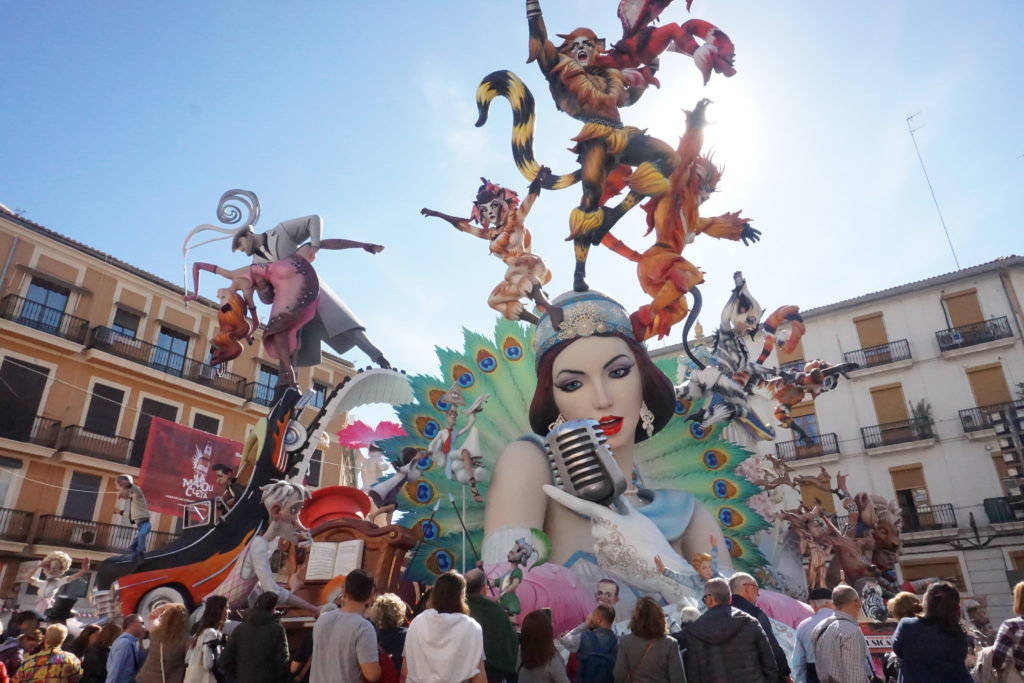 Take advantage of your visit to get to know the place where it all begins. The City Council Square from València is considered the centre of the capital and houses many emblematic buildings. The Town Hall, the Post and Telegraph building, the Rialto Theatre and the Ateneo Mercantil (Mercantile Athenaeum), among others. During the day, the smell and colour of its flower stalls and at night the light from its central fountain is wonderful.

The Valencian artist, a reference in urban art

Escif has become one of the references of the urban art scene at an international level. His work is based on sharp drawings, clear lines and sober colours and deals with social issues such as migration policies, the economic crisis or environmental problems. This expert in street art has carried out numerous projects in urban environments all over the world.
Light, colour, gunpowder and fire invade the streets of Valencia in Fallas, a Festival declared World Heritage by UNESCO in 2016. There are many plans in Valencia but this is one of the most important. Are you joining the Festival? 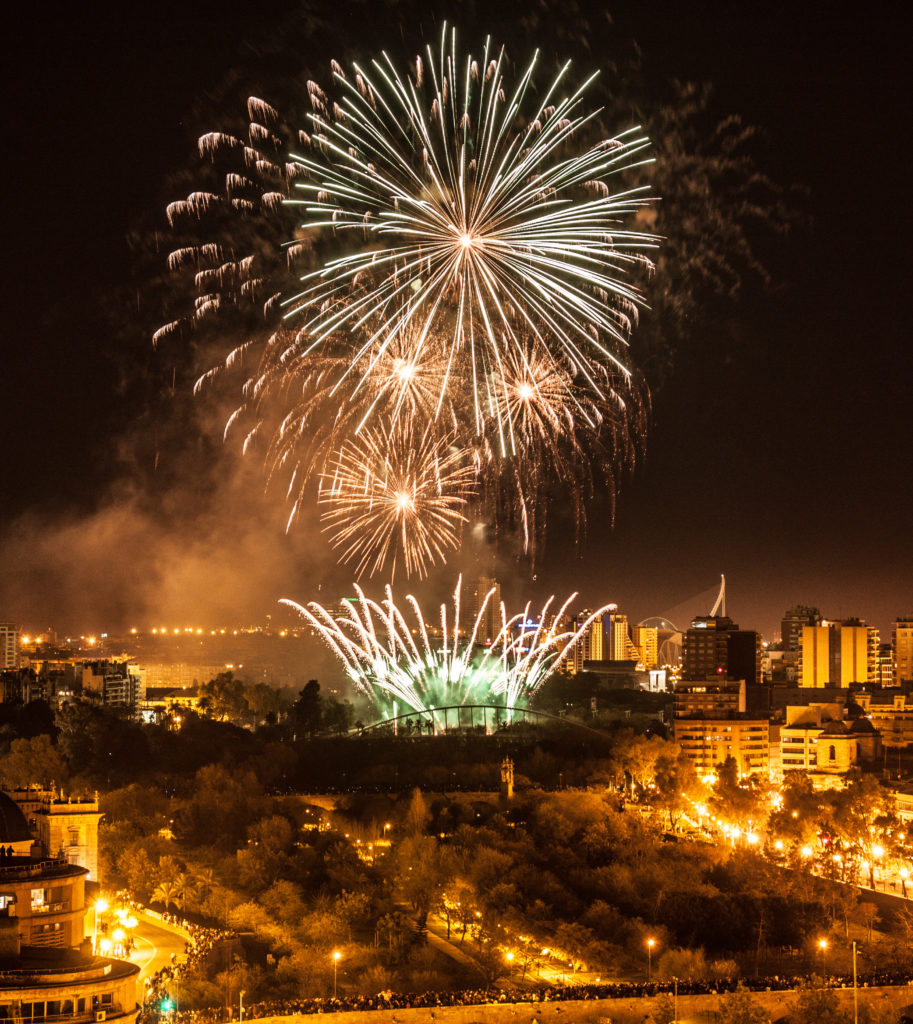 The zero mile of traditional cuisine

A hotel transformed into an Escape Room